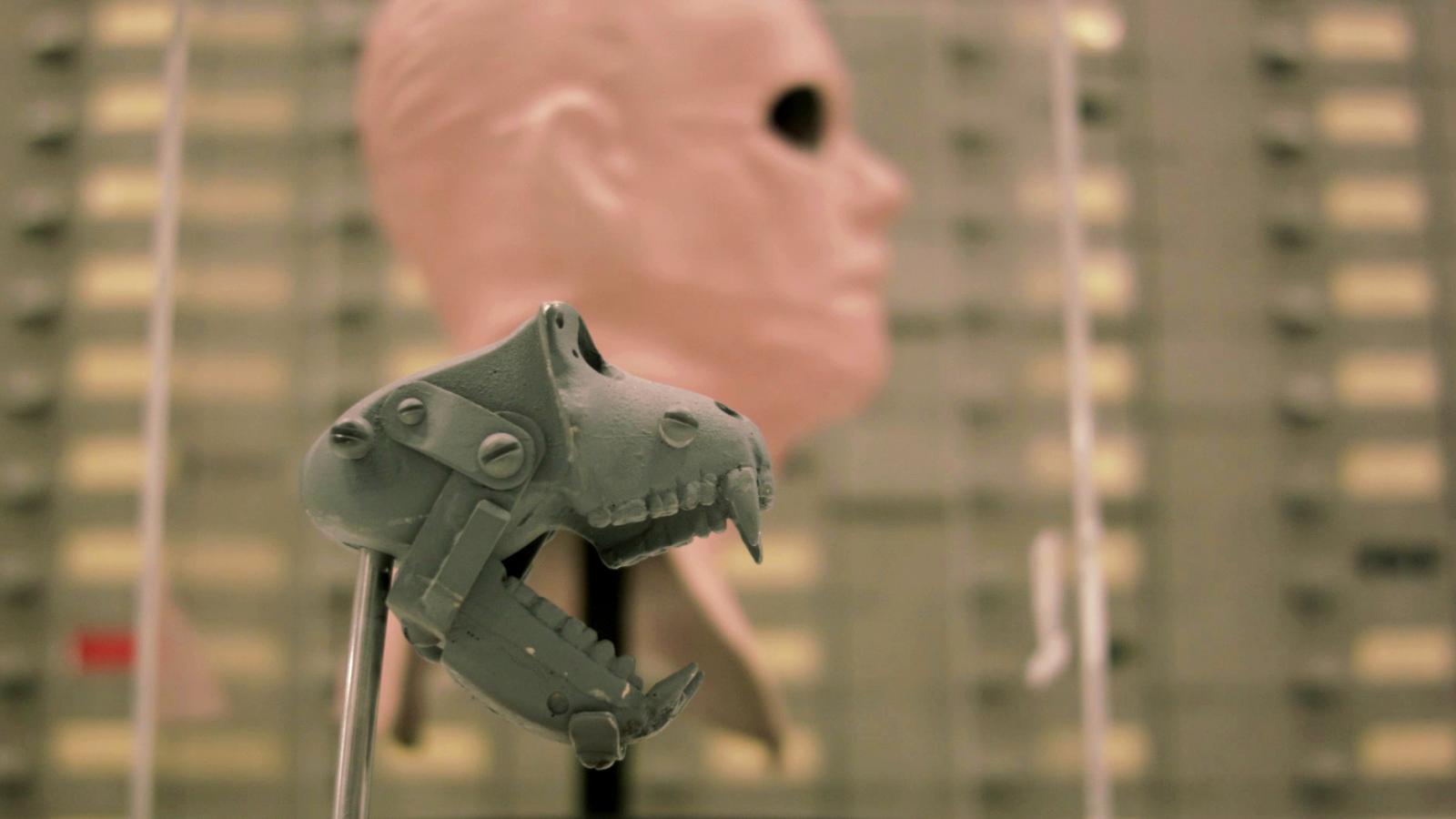 Still from lecture by Graham Kelly

In the run-up to PloktaTV SE/02, we’re excited to make our second announcement from the program.

In addition to Core Dump, we can now confirm yet another film once scheduled for the original Plokta festival last year: Skull Island Part III. As with Core Dump and the other films featured in PloktaTV’s program, it interrupts our otherwise unscheduled stream to broadcast at ‘prime time’: 20:00 CET live here on the website.

In this ongoing video essay series, Graham Kelly zooms in on an iconic film: King Kong. ‘Skull Island’ is the fictional island upon which a camera crew discovers and captures the enormous gorilla – a complex monster conceptually loaded with troubling allusions to race, gender and colonisation. The island originates from that 1933 film, but has been continually adapted and carried through to the present day – each adaptation reflecting the shifting context of its relative time and audience.

Skull Island Part III takes as its starting point a model of the original ape’s skull, alongside a plastic mask of Kevin Bacon’s character from Paul Verhoeven’s Hollow Man (2000). These cinematic artefacts show opposite ends of a visual spectrum in a broader history of moving images – images that he shows are saturated with the politics around them. Connecting the dots from Terminator 2 to Harvey Weinstein, this essay provides an uncanny lens on police brutality, online voyeurism and artificial intelligence: a chilling glimpse behind the screen.